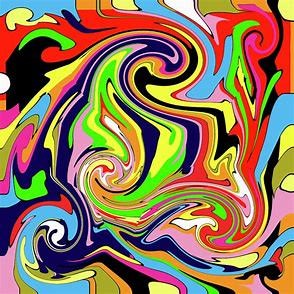 The postmodernism philosophical approach fits into my personal beliefs. Postmodernism describes a broad movement that developed in the mid- to late-20th century across philosophy, the arts, architecture, and criticism which marked a departure from modernism. In a postmodern world, everything is up for grabs because postmodernism believes that there are no truths and no right or wrong ways to accomplish something. Further what was considered true, real, or right as we know it is questionable. Postmodernist believe there are multiple interpretations depending upon one’s perspective. The self in modern times is understood as being unified, integrated, and authentic as opposed to a postmodernist perspective of being multiple, ever-changing, and fragmented. A keyword to understand postmodern education is constructivism. Constructivism is the main underlying learning theory in postmodern education. The basic idea of constructivism is that all knowledge is invented or constructed in the minds of people. This series of blog explore postmodernism ways of thinking and its influences on education.

Postmodernism as a philosophical movement is largely a reaction against the philosophical assumptions and values of the modern period of Western history; in particular European history (Encyclopædia Britannica, 2015). Postmodernism emphasizes the importance of power relationships, personalization, and discourse in the construction of truth and worldviews. The term has been used to describe its dissatisfaction with attitudes and beliefs in philosophy, art, religion, and culture. Significant writers who promoted to postmodernism are Jean-Francois Lytard, Michel Foucault, Jacques Derrida, and Richard Rorty (Wikipedia, 2015). Postmodernists do not place their philosophy in a defined box or category. In fact, everything is contested and what has been considered true can be questioned. Beliefs and practices are considered personal rather than being identifiable with a particular establishment or special interest group.

A key belief in postmodernism states that there are no truths or right or wrong ways to accomplish things. For example, in adult education, the focus is on the diversity of learners along with a means to realize their needs. Postmodernism has yet to offer itself as a fully developed and comprehensive philosophy within education. The postmodern movement educators must strategize methods to meet the needs of the ever-changing conditions of adult learners. The adult learner is inundated with information that is freely accessible through sources such as social media and digital databases. Postmodernists depend upon their own delineation of self. Their role is indefinite and can be redefined by themselves as they strive to construct their own niche which can be modified or discarded as their circumstances change. Postmodernism suggests that beliefs can be influenced by the external environment, thus the educator and the adult learner must be secure with their own self-identity.