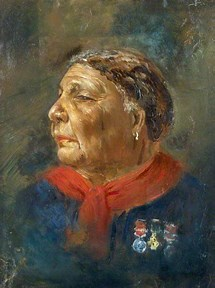 Mary Seacole was born in 1805 in Kingston, Jamaica to a mother who was a freed slave and father, an officer in the British Army. Seacole learned to nurse from her mother who maintained a boarding house to care for wounded soldiers. Seacole was skilled in herbal medicine and was an expert in caring for victims of cholera and yellow fever. When Seacole learned about the need for nurses in the Crimean War (1853-56) she decided to volunteer her services. Seacole was turned down by the War Office in England, and other military services, and by the Florence Nightingale’s nursing group when she attempted to volunteer her services. In her autobiography, Seacole believed she was rejected from participating in the Crimea War due to prejudice. Despite being turned away, Seacole did not allow it to stop her from buying a ticket to the Crimean Peninsula where she played an important role in caring for sick and injured soldiers during the Crimean War. Seacole established the British Hotel, which served as a hospital and rest center for wounded soldiers during the conflict. Seacole was even known to have provided care while under fire.

During her lifetime, Seacole established several boarding houses in Jamaica and Panama, caring mainly for cholera victims. Seacole also cared for cholera victims in Cuba. Florence Nightingale’s (1820–1910) services during the Crimean War made her one of the most famous women in the world. Both Florence Nightingale and Mary Seacole were nurses with different roles but the same goal; to care for the sick and wounded. Seacole was more of a hands-on nurse, whose strength lay in providing direct patient care. Florence Nightingale was skilled in administrative affairs and worked to improve public health, raise the status of nursing, and left a large body of literature to guide the nursing practice. Unlike Nightingale, Seacole was largely forgotten after her death.

Although forgotten for many years, Seacole has been rediscovered. In Kingston Jamaica, the headquarters of the Jamaican General Trained Nurses’ Association was named the Mary Seacole House in 1954 in her honor. The University of the West Indies and a ward in the Kingston Public Hospital was also named in Seacole’s memory. In 1991, Seacole was awarded the Jamaican Order of Merit; and in 2004, she was voted the greatest black Briton. On June 30, 2016, England erected a statue of her at St Thomas’ Hospital.

Mary Seacole, despite being rejected for providing services to wounded soldiers, did not lose her drive, nor lose sight of her goal, to provide care for those in need even in a war-ravaged and infectious disease environment. 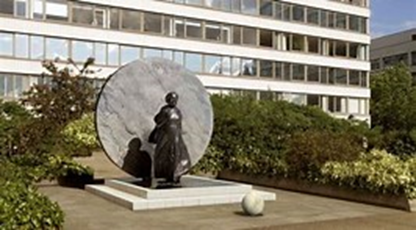